HM Revenue & Customs has created a somewhat secretive and shadowy unit to investigate the use of family investment companies , sometimes known as FIC’s, to avoid paying inheritance tax.

The unit was set up the team in April 2019 amid growing concern that families avoid paying tax through sophisticated legal loopholes and was first reported by the Financial Times.

The unit is targeting FICs, which are increasingly being used as vehicles to hold investment property, shares and other assets.

HMRC told the Financial Times: “The Family Investment Company team was established…in April 2019 to look at FICs and do a quantitative and qualitative review into any tax risks associated with them with a focus on inheritance tax implications.

“The team’s work is exploratory at this stage and as such, we would not like to share any more details.”

The new investigations unit, which is a part of the HMRC’s Wealthy and Mid-sized Compliance Directorate, was revealed following a freedom of information request from the international law firm Pinsent Masons.

HMRC defended its position not to reveal details about the new team because doing so “would allow opportunistic individuals and would-be avoiders [to] identify where HMRC is devoting resources and arrange their activities to escape challenge.” 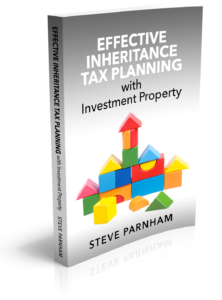 To learn more read this!!!

Available on Amazon in Kindle and Paperback formats.

We use cookies on our website to give you the most relevant experience by remembering your preferences and repeat visits. By clicking “Accept”, you consent to the use of ALL the cookies.
Cookie settingsACCEPT
Manage consent