The Future of Inheritance Tax: Part I 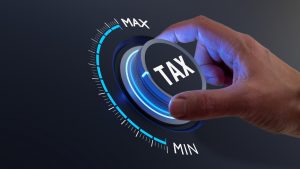 Figures from the Office for Budget Responsibility show that the Treasury should anticipate just over 43 billion of inheritance tax over six years. The annual take will rise from £6.3 billion in the 2021/22 tax year to a record £8.3 billion in 2026/27.  Compare that with a mere £2-£2.5 billion at the beginning of the 21st century and, indeed, in the 2009/10 tax year when the nil rate band was frozen and one can see that the tax take will have quadrupled in 15 years.

In total, HMRC will collect over £145 billion from the two taxes over the six-year period.

While the popular and sensationalist press identify rising property prices and frozen starting rate bands as responsible for rises, this is only very partly correct.  These factors may well affect whether those on the margins of the tax are caught within its net or whether the taper relief provisions of the residential nil rate band are triggered but they do not explain these dramatic rises.  The real cause for the rise in inheritance tax lies in potential taxpayers failing to spend time and effort investing in their planning while they are alive and can do something worthwhile about it.  Failure to plan is HMRC’s opportunity.  Every time. In a word, ‘complacency’!

The trends on the capital taxes are clear enough.  No government can afford to turn its back on these taxes and speculation on an abolition of inheritance tax is simply wishful thinking.

I would expect little change over the next two years but after that the anticipated changes are likely to intensify.  For capital gains tax I would think that the annual exemption may completely disappear and the ‘tax-free uplift’ on death may also be abolished.  Inheritance tax may see the nil rate band and possibly the residential nil rate band abolished with the tax being reduced from a single rate of 40% to a banded structure of 10%, 20% and 30% depending on asset values.  Business property relief may well be severely restricted to only those owners actively involved in trading businesses which pass to successors who continue that business for at least ten years.  Potential casualties may include those investments which currently attract the relief.  Simple changes but seismic consequences.

The current regime would look like a golden age for capital taxes planning by comparison.

Part II will reflect on basic strategies which could be considered by concerned taxpayers over the next two years.  This is the planning that will look pretty smart after the next election!