Inheritance Tax Unclear for Many People

Some 40% of people do not know how much money can be passed on free of inheritance tax (IHT), research from Zurich has found.

Statistics from the provider also showed 36% of over 55s did not know how much they would be able to pass on.

It said making sense of the complicated IHT rulebook was “tricky” and challenging in the wake of losing a loved one.

Married couples and civil partners can pass their estate to their spouse tax-free when they die.

An annual tax gift allowance of £3,000 per person (for the year 2018/19) means money can also be given away to children. For larger sums, the individual must live seven years after making that gift for it to remain tax-free.

However, the research found 84% of people had not heard of the £3,000 allowance, just 6% had taken advantage of it and only 15% said they planned to gift in the future.

Elsewhere, the provider said 29% of people wrongly thought they could gift large sums of money to people on their birthday and 20% thought money gifted to pay care costs was IHT-exempt.

The Office of Tax simplification has proposed a radical shake up, recommending that the seven-year gifting rule should be cut down to five years, along with simplification of the link between IHT and capital gains tax (far easier said than done!!!).

Zurich said, if this is seen through, it could make a huge difference to how people choose to pass down their wealth. 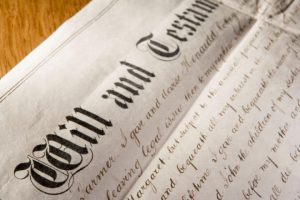